In January 2016, Healthwatch Greenwich used our power of Enter and View to visit Eltham Palace Surgery.

Eltham Palace Surgery is a GP practice located in Eltham Community hosptial. On the day of our visit, we spoke to 13 patients and the practice manager.

Most of the people we spoke to booked their appointment by phone, which was their preferred option. There were mixed opinions on the telephone booking system, many patients were happy but there were a number of comments that there were long queues and that they often had to wait on the phone for a long time. One person told us they now come to the surgery in person to make an appointment as they found it difficult to get through on the phone. Patients told us that if they wanted to see a particular doctor for a routine appointment it could take two or three weeks before the next available appointment. Seeing the same doctor or nurse is very important to some patients. However, they also said they were able to get an appointment in an emergency even if it is not with their preferred doctor and that children are always prioritised. There was some feedback from patients that they were concerned about who makes the judgement on what requires an emergency appointment - a receptionist or a nurse?

Very few of the patients knew what the opening hours of the GP Practice were – most people we spoke to said they would like to see the GP early in the morning or in the evenings but were not aware the practice already offered appointments at these times. Many of the patients would like the practice to be open on a Saturday so they can access their own GP at a weekend.

Only one person we spoke to was aware of the Patient Participation Group and no one we spoke to had used the interpreting service or had any issues physically accessing the surgery.

The GP Practice is situated within the new Eltham Community Hospital and so the décor is very fresh and up to date. The waiting room is spacious and there are plenty of chairs although this space is underused as there is another waiting area (the GP sub-wait) which both GP Practices prefer to use. There are two GP Practices situated within the hospital and the receptions are next to one another. The different GP receptions have good signage to distinguish between the practices.

There was a good range of information displayed at the Reception desk including the practice leaflet and information about repeat prescriptions and online services. In the waiting room, there is one noticeboard available for each of the surgeries that contains further information. It needs to be clearer which noticeboard is for which surgery and there is not enough room for other useful information to be included such as for local public health initiatives.

Most of the patients we spoke to seemed to have a positive view of their experience at the surgery and the staff. There have been steps taken to improve confidentiality for patients by moving two of the receptionists who are responsible for answering the phones into a room separate from the reception desk. However, there does still seem to be difficulty getting through to the practice by phone which is reflected in our recommendations. We would like to thank the practice for being so welcoming to our representatives and taking on board some of our recommendations so swiftly after the visit. 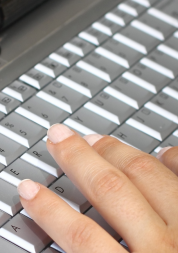