We wanted to understand how local residents feel about Transport for London (TFL)'s plans for the new Silvertown tunnel on Greenwich Peninsula. Did they have any health concerns, and if so, what were they? 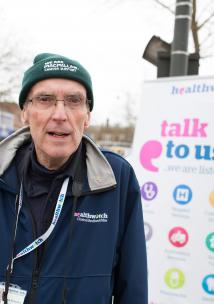 In May 2018, the Department for Transport granted Transport for London (TfL) permission to construct a new 1.4km road tunnel under the River Thames.

The new tunnel will link West Silvertown and Essex-bound A13 north of the Thames, with North Greenwich and the Kent-bound A2 south of the river. It will be located approximately one kilometer downstream of the existing Blackwall Tunnel.

Under the current timeline, construction of the tunnel is due to begin in 2020, with an expected opening date in 2025. TfL have stated that the purpose of this tunnel is to:

- Reduce the environmental impact of the current congestion on the Blackwall tunnel route, and

However, the argument that the tunnel will improve congestion and air pollution has been strongly contested by others, including leading physicians, environmental scientists and traffic experts. Instead, they have argued that it could strengthen the problem.

Until now, Greenwich council has been named as one of only four Beacon Authorities for air quality in the country. They have been forward-thinking in their strategy and implementation of protocols to reduce air pollution. However, how the tunnel will affect the health of local residents has become a controversial issue.

We wanted to understand how local residents themselves feel about the plans. Did they have any health concerns, and if so, what were they?

One of our most surprising findings was that only one in five people we spoke to had heard about the proposed Silvertown tunnel. This surprised us, given the areas we canvassed will be directly affected by the proposal, and the significance of the proposal to the local area and its residents. One resident Asked, ‘why have the council kept this quiet?’ whilst another felt that she should make more effort to keep herself informed.

With regards to the impending Silvertown tunnel, we asked local residents if they had a health and wellbeing concern regarding traffic in the local area. Of our respondents:

61.6% of people were concerned about traffic

We then asked those who did have health and wellbeing concerns what these were. Predominantly, people were worried that rather than decrease the traffic on the road, the tunnel would actually attract more drivers.

We asked local residents if they had a health and wellbeing concern regarding noise levels, in relation to the propose Silvertown tunnel. Of our respondents:

38.4% of people were concerned about noise levels

50% of people had no concerns

Our final question for residents was whether they had any health and wellbeing concerns regarding air quality, given the proposed Silvertown tunnel. Of our respondents:

67% of people were concerned about air quality

Many of the residents we spoke to felt that more people should be encouraged to use public transport. We also heard numerous concerns about the impact of air pollution of children and young people. One person told us that three members of her family had developed asthma since moving to the Borough, and another was made nervous by the fact that her friend’s child had recently developed bronchitis. She felt this was likely made worse by the fact she walks to school everyday along busy roads. Others felt that the proposal seemed to be ‘contradictory to other policies such as cycle lanes and encouraging use of public transport’, as well as the low emission zone. There were also worries that the tunnel would damage existing fauna and wildlife, and reduce the areas for local residents to be outdoors or to exercise.

Others were supportive of the Silvertown tunnel. One person felt that there needed to be balance between improving the roads for drivers and the affects of pollution and congestion. Another commented that the proposed toll on the tunnel would help to reduce congestion.

With regards to the upcoming Silvertown tunnel, air quality was the biggest health and wellbeing concern of the people we spoke to (67% had a concern), with the amount of traffic coming a close second (61.6% were concerned). The amount of noise the tunnel might lead to was a lesser concern (38.4% of people were concerned, but 50% were not). After speaking to over 100 people, it became clear to us that the majority of people were worried about air quality and the impact of pollution as a general issue. Of those who said they were not concerned specifically by the Silvertown tunnel, the majority reported that this was because they felt the tunnel would actually have a positive impact on congestion, air quality and noise. Only one person we spoke to indicated that she was not concerned about the connection between air quality and health.

If you need this report in a different format, please email info@healthwatchgreenwich.co.uk 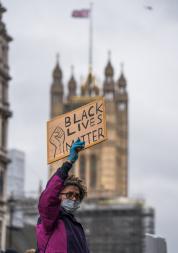